Multiple exercises from one exercise with selectors

Learn how to use multiple exercises from one exercise with selectors

Written by Max Cohen
Updated over a week ago

We often find ourselves in a situation where we have one kind of exercise, but we want different variations on it. For example, say you have the following exercise which asks you to add two integers:

For question 4,5 and 6, we do the same with the operator changed from plus to minus, and so on, and so forth. Because those 6 exercises are so similar in nature, they probably have similar feedback rules, a similar explanation in the solution, a similar solution field, similar hints, etc.

We often use the following strategy in those kind of exercises.

Call the first variable $selector, and give it as value an array with the keys being a description of the instance. We usually use integers as values.

We use the PHP 5.4+ array notation. For more info, see http://php.net/manual/en/language.types.array.php.

In the platform, variables which are arrays are interpreted as taking a random item from the array.

The following variable is called json. Here, all the properties which are unique to the selector can be specified. You could also use conditionals ($selector == 0 ? rand(1,10) :$selectorr == 1 ? ... etc.etc.). The advantage of this method is that all the data specific to a given selector is given in one place. 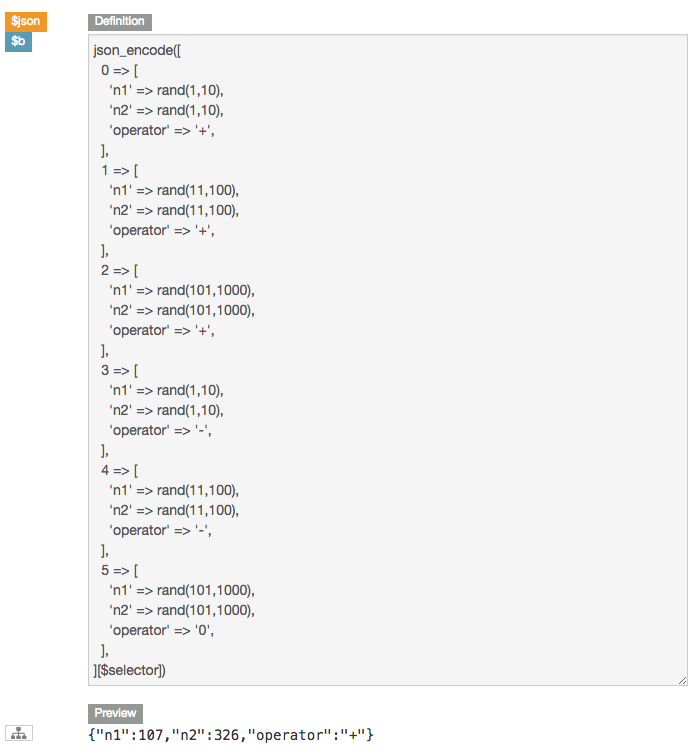 The function json_encode is used to make a string from an array. At this moment, the SOWISO platform only understand variables which are strings. If you want to use an array you have to encode it as a string first.

We can now extract the variables in the following way: 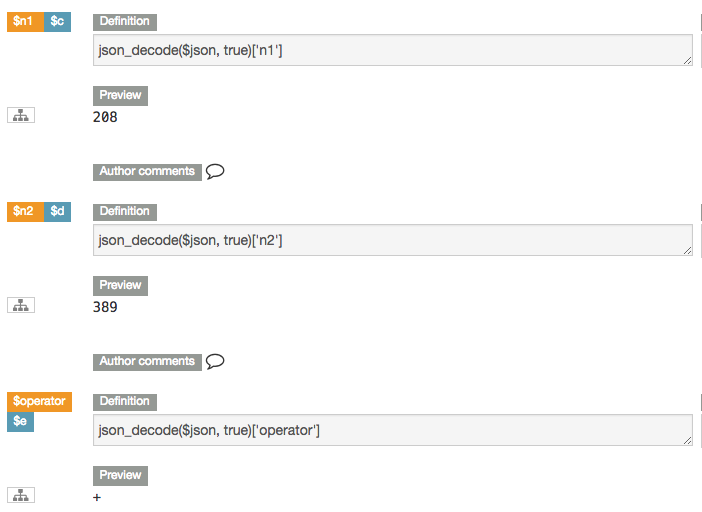 The function json_decode is used to make an array from a string, (if the second parameter is set to true). In this way you can access a value from the array which is encoded as a string.

Did this answer your question?